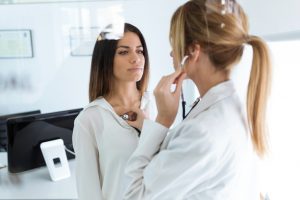 According to a study in Ontario, Canada, you are more likely to get a colonoscopy if your family doctor has undergone screening.

Amit X. Garg, M.D., Ph.D., and fellow research colleagues at Western University in Canada administered a population-based study that sought to find a connection between colorectal cancer screening rates among physicians and their patients in Ontario, Canada.

The study suggests family doctors have a significant influence on their patients’ decision to get screened for colon cancer. If doctors disclose that they have already chosen colon cancer screening, their patients will be more likely to follow their example.

“Conversely, many physicians report difficulty counseling patients about behaviors they do not practice themselves,” the researchers stated in their report. “Given the clear benefits of colorectal cancer screening, programs that promote greater screening in physicians warrant consideration.”

A colonoscopy is one of the most effective preventive screenings because it stops colon cancer before it starts. During a colonoscopy, the doctor can carefully inspect the entire colon lining for polyps and can remove any suspicious growths so they do not become cancerous. No other colon screening offers the protective benefits of colonoscopy. This screening is also effective in diagnosing digestive disorders like diverticulitis, diverticulosis, Crohn’s disease and ulcerative colitis.

Make an appointment today for a colonoscopy and make your digestive health a priority this year. A few hours can offer up to ten years of protection against colon cancer, so call your gastroenterologist.